Much has happened this week as actions have continued through the week supporting the demands of the Wet’suwet’en Hereditary chiefs that Coastal GasLink and RCMP leave the territory and people are gearing up to mobilize further.

The callout for solidarity action is ongoing! Organize an action in your community!

The Unist’ot’en Village is also calling for supporters who can stay for at least two weeks. Spread the word and apply here!

While the demands have not yet been met, this movement is powerful and growing. The nationwide rail blockades and protests already led one major investor to pull out of a Quebec LNG project cutting off half the capital for that project, and that was before oil prices tanked this week making the already dubious economics of new LNG projects much worse.

Justin Trudeau plans to meets with Premieres from across Canada in Ottawa this Friday and in response people are organizing a mass demonstration outside of Parliament.

In Vancouver people are mobilizing on Friday as well.

Rail actions have continued and In Montreal people briefly shut down traffic into the port earlier this week.

Yesterday high schoolers walked out of class and marched to support the demands of the Wet’suwet’en Hereditary chiefs.

The rail blockade in Khanawake has moved to the side of the road next to the Mercier bridge and land defenders have stated they are continuing to stand with the Wet’swuwet’en and may change their tactics if need be.

Construction of the village in Tyendinaga Mohawk territory continues, and fundraisers and educational events that are building organizing capacity are happening all over the country.

Real Peoples Media· Follow March 10 at 5:15 AM ·
ANNOUNCEMENTS FROM THE AKWESASNE UNITY FIRE!!!!
An announcement from Akwesasne Unity Fire. .ADDITIONAL INFORMATION:
Event date: March 14th and 15th 2020
Everyday this week the people will be meeting at 6pm at the Unity Fire. Fire is located at the cross roads on Cornwall Island, Akwesasne Ont. We hope to attract any food or arts and craft vendor for the weekend event. Looking for speakers, singers, and anyone else who has something positive to add.
Please DM if anyone has any questions or if you can make it to 6pm meeting at the Unity Fire. We will be updating a contact number by tonight

Outside of Canada people have begun a campaign to get Chase and KKR to stop funding Coastal Gas Link beginning with a mass petition. Sign the petition to protect Indigenous Sovereignty: Demand fossil fuel profiteers JPMorgan Chase and Kohlberg Kravis Roberts & Co. defund the Coastal GasLink pipeline.
you can sign and share here. 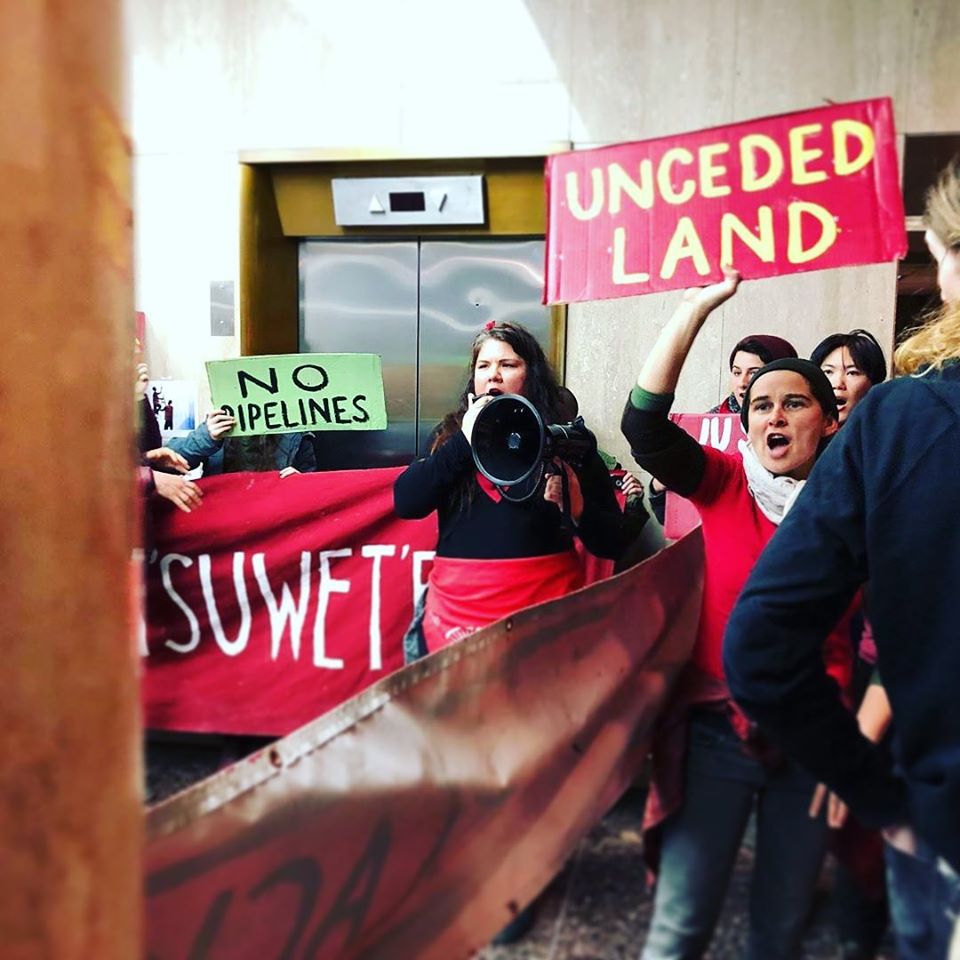 Shut down of TC Energy Office in West Virginia 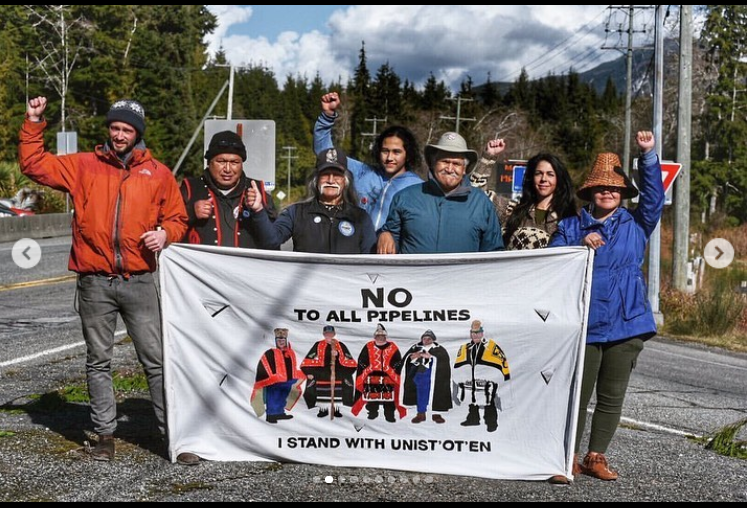 Post from @MikeGraeme
Here at the Tofino/Ucuelet Junction roadside rally I had the privilege of speaking with Yuułuʔiłʔatḥ Hereditary Chief Tyee Ha’wiih Wilson Jack, who shared his thoughts on the current affairs.
“Look what the Canadian government has done. They put us on reserves. They limit us. They don’t want us to better ourselves. They don’t want us to self-determine our futures. They say, ‘This is your land but you can only do this and not that.
“As for whats happening up in Wet’suwet’en territory, it applies to all Indigenous communities. Canada and B.C. shouldn’t be going to the elected councils of the Nations before the hereditary governments. It’s the hereditary system that truly belongs to us. We should have the right to consultation first if they want to have a meeting about the land.”
“So I stand 110% behind the Wet’suwet’en Hereditary Chiefs. I’m tired of all this B.S. going on, where Canada and B.C. say, ‘We’re going to put extractive projects right through your community.’ I’m against that. It’s greed. They’re just there for the greed. They don’t worry about the land.” 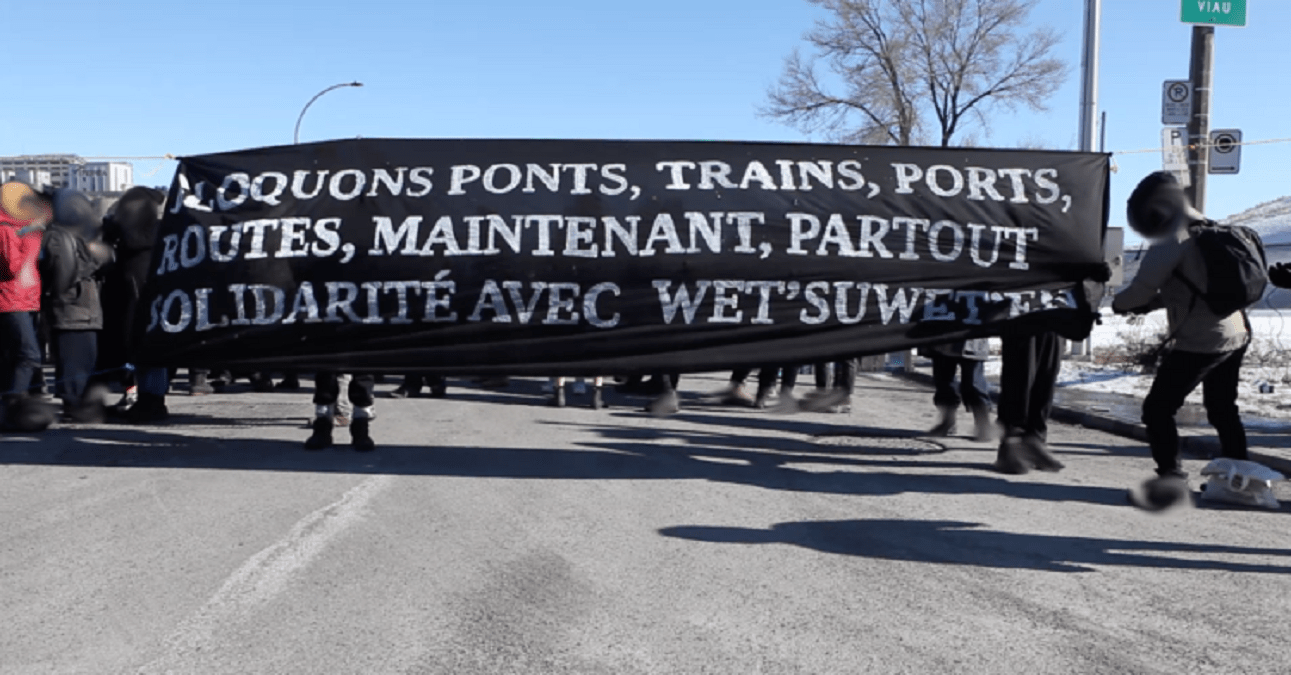 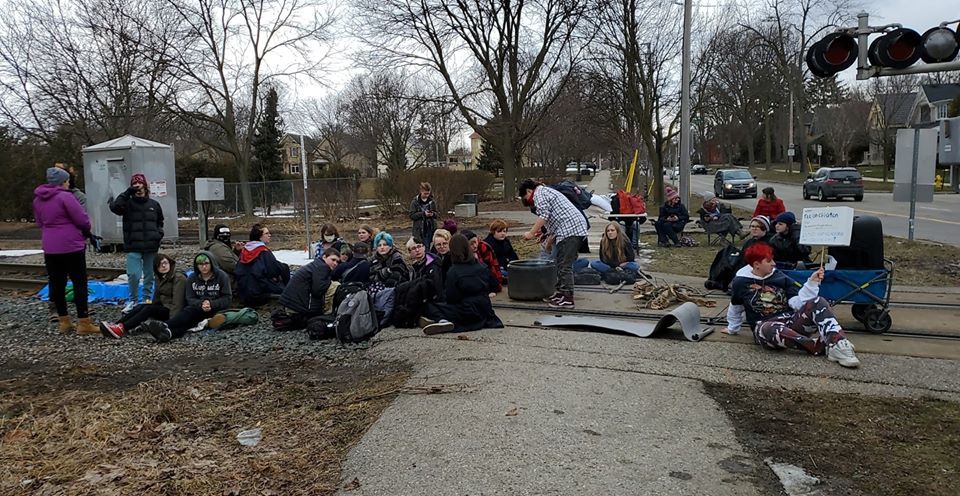 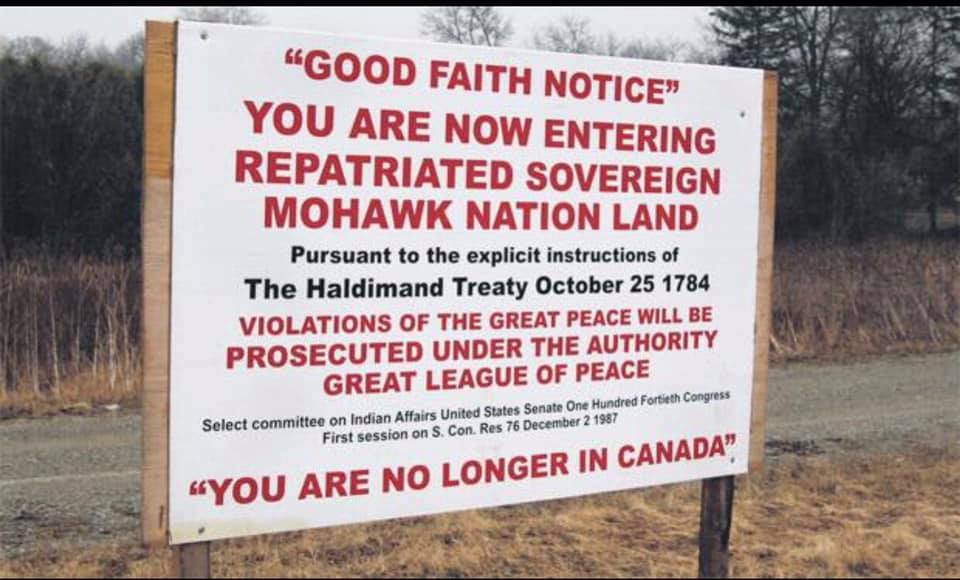 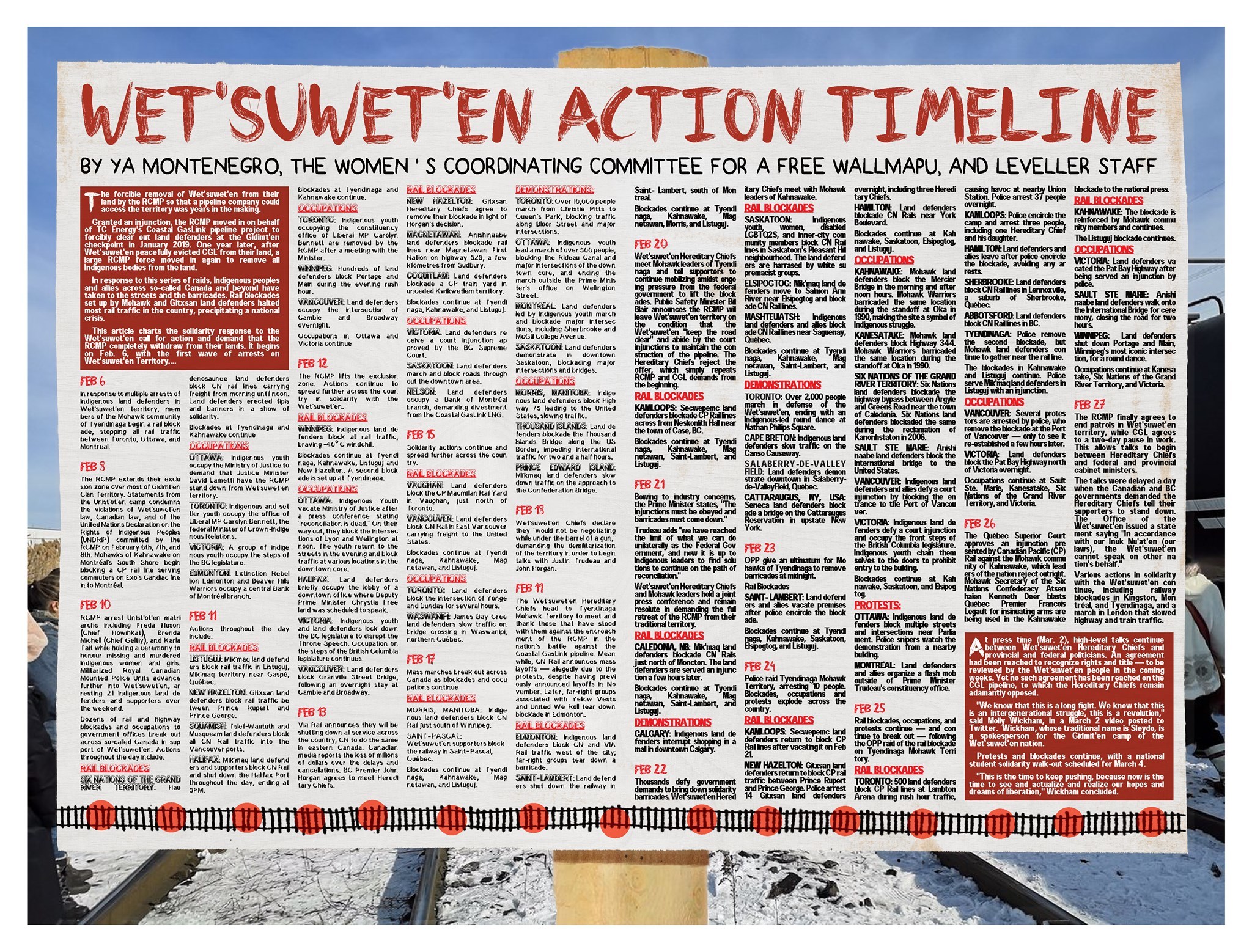 An awesome timeline of actions so far!

The Unist’ot’en Solidarity Brigade is an email summary of what is happening in support of the Wet’suwet’en peoples. Share this Email