‘It’s not over’: Tentative agreement with Wet’suwet’en Nation

While progress appears to have been made on Wet’suwet’en Rights and Title during talks between Wet’suwet’en Chiefs and the BC and Federal government, no parties have changed their position on the Coastal Gas Link pipeline, and the call for solidarity actions remains in place.

Rail protests continued through the weekend with actions across the country, and the construction of a camp at the site of the OPP raid by the Tyendinaga Mohawks. The longstanding Kahnawake Mohawk blockade, and the Listuguj Mi’kmaq blockade also remain firmly in place.

The Wet’suwet’en hereditary chiefs and the B.C. and Canadian governments have come to a tentative agreement about rights and title, but none of the parties have changed their position on the controversial Coastal GasLink pipeline.

“We are the land, and the land is ours.”

Chief Woos, who represents the Gidimt’en clan of the Wet’suwet’en, said the past three days of discussion were preliminary in nature and focused on ensuring that the needed respect was present.

“The degree of satisfaction is not what we expected, but at the same time we’re looking at the other avenues, and we’ll see where that brings us.”

“The hereditary chiefs are opposed to any pipeline going through our territory,” he said. “We’ve maintained that since day one.”

Agreement not yet public

The agreement will now go to the 13 Wet’suwet’en house groups for approval. The details will not be released until a decision has been made.

Minister Bennett called the agreement a “milestone in the history of Canada.”

Chief Woos described the agreement as a preliminary step that he hopes will lead to Prime Minister Justin Trudeau and Premier John Horgan coming to meet with the Wet’suwet’en Nation.

‘It’s not over’: Tentative agreement with Wet’suwet’en Nation may be a milestone, but it doesn’t resolve pipeline fight. Neither the hereditary chiefs nor the B.C. and Canadian governments have changed their position on Coastal GasLink. News by Ethan Cox, Erin Seatter, ricochet, MARCH 1, 2020

In Episode 48, we get to hear from warrior woman Christi Belcourt who has been on the ground in Tyendinaga Mohawk Territory supporting those engaged in Wet’suwet’en solidarity actions, as an observer, friend and support.

Christi is well-known across Turtle Island as an incredible Metis artist, community based artist, environmentalist and advocate for the lands, waters and Indigenous peoples. She shares with us what was happening on the ground at Tyendinaga before and during the arrests.

For those keeping up with the chronology of events, we recorded this podcast on Tuesday, Feb.25, 2020.

Here is the link to Real Peoples’ Media that Christi mentioned during the interview:
realpeoples.media/

Unist’ot’en Camp supporter toolkit for those who want to offer support, including the official link for donations:
unistoten.camp/supportertoolkit/ 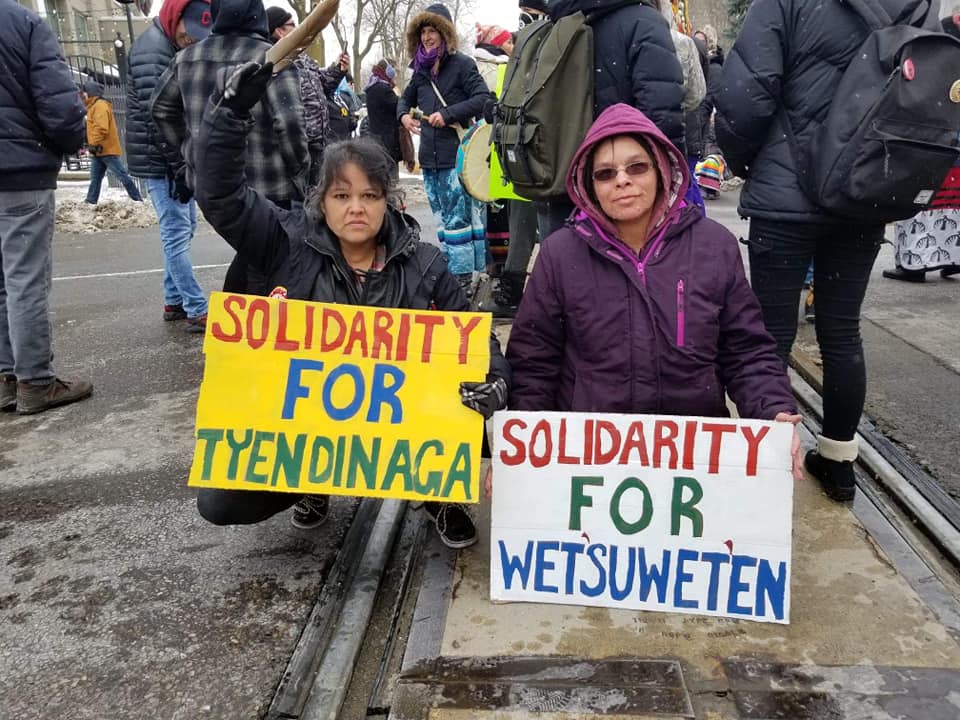 2 Responses to ‘It’s not over’: Tentative agreement with Wet’suwet’en Nation