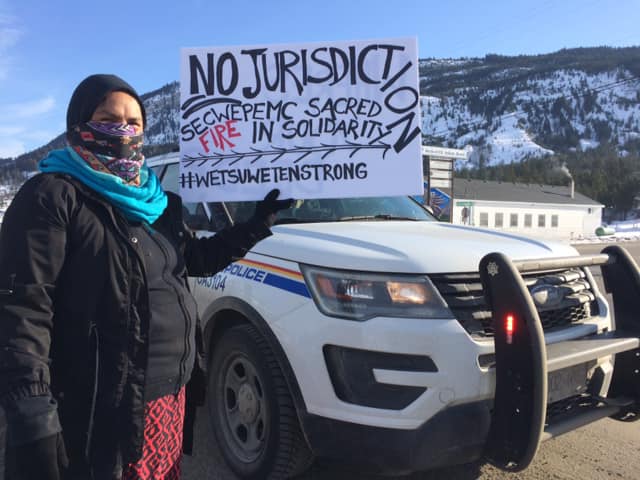 Ongoing Rail Blockade in Secwepemc Territory outside of Chase BC

Canadian Prime Minister Justin Trudeau says that the barricades that have blocked railways in the country for two weeks must come down, calling the situation “unacceptable and untenable.”

Indigenous and environmental protesters have blocked key railways, shutting rail traffic in much of the country. Protesters are trying to stop the 416-mile, $4.68 billion Coastal GasLink pipeline project in British Columbia, which is being built through the lands of the Wet’suwet’en First Nations people.

After police removed Wet’suwet’en protesters from the path of the gasoline pipeline, opponents shifted to blocking railway lines as a way of bringing the issue to national attention.

Protesters have erected blockades in British Columbia, Ontario and Quebec in solidarity with the Wet’suwet’en people. 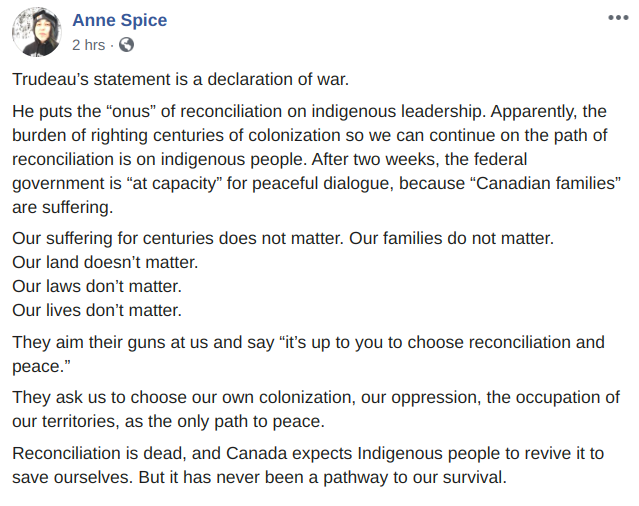