From the Unist’ot’en Solidarity Brigade

Actions in solidarity with the demands of the Wet’suwet’en Hereditary Chiefs escalated through the weekend as Justin Trudeau canceled his Caribbean trip to campaign for a seat on the UN Security Council and held a meeting with Cabinet Minsters to “address infrastructure disruptions”. 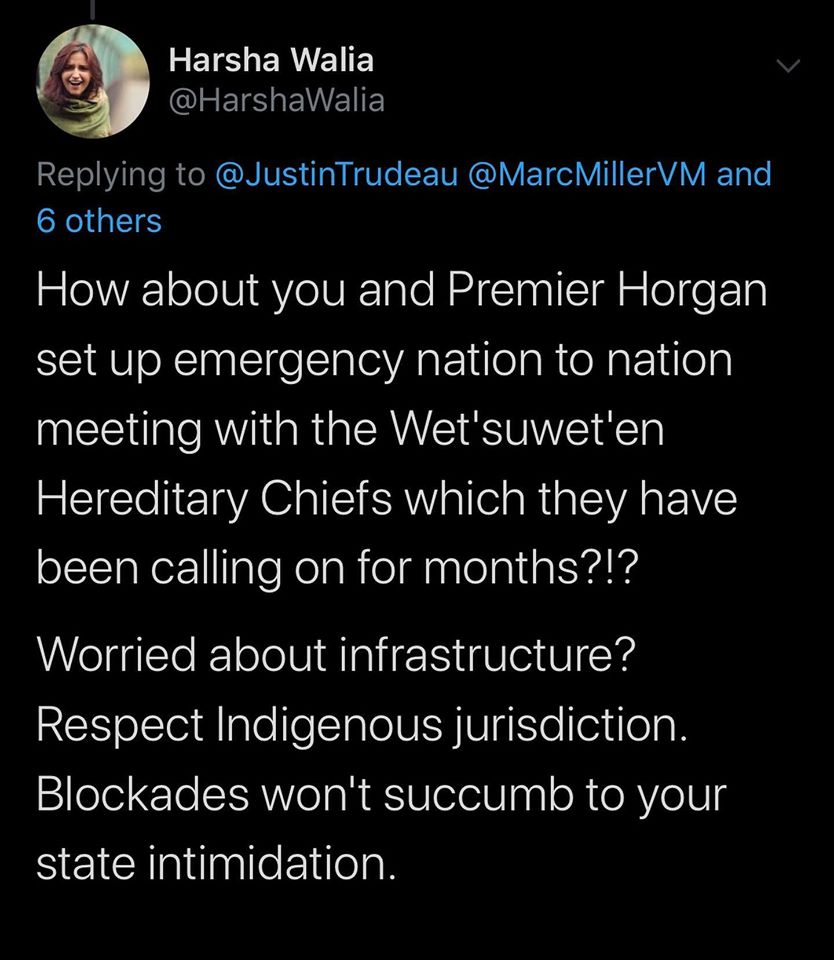 New rail blockades went up in Toronto, Vancouver, Manitoba, Quebec, and Seattle, and mass actions (an estimated 8,000 people in Toronto!) shut down bridges, highways, politicians offices, and border crossings supporting the demands of the Wet’suwet’en chiefs.
The Teyendinaga Mohawks holding down the most disruptive and longest standing blockade have vowed to continue until the Hereditary chiefs of the Wet’suwet’en have their demands met.
Read this powerful letter to the Queen with Justin Trudeau, Cabinet Minsiters, and UN Officials CC’d from the Shatekarihwate family of the Mohawk Nation Turtle Clan.

Quote From Molly Wickham (Sleydo):
“Every morning I wake up expecting to hear the helicopters buzzing toward our territories carrying militarized RCMP with tactical weapons. The RCMP have not left Wet’suwet’en territory!!! They are continuing with their oppression despite having tactical teams out of sight. We are experiencing heavy surveillance and oppression.
I see the Indigenous youth in so called Victoria and Vancouver, the Gitxsan, the Haudenosaunee, and all the supporters from coast to coast.
I SEE YOU!
I see your struggle and love you! Keep going—we’re close! We are closer than we ever have been!
#standupfightback
#reconciliationisdead
#shutdowncanada
#wetsuwetenstrong

RCMP Occupy Wet’suwet’en land
Since RCMP violently invaded our territories, police have been monitoring and patrolling Unist’ot’en land 24 hours a day. RCMP continue to deploy from a police detachment on Gidimt’en territory that was built against the will of our Hereditary Chiefs.
Our chiefs’ demands to the Province remain unchanged:

“It’s ironic that the Canadian government would complain about being inconvenienced, when the Canadian Government starved our people to get a better deal in treaties.
Railways got really really rich on Indian land being expropriated and taken from us, and now they’re playing a small tiny price for all the profits they have made over the centuries.
We’re here to support the Wet’suwet’en Chiefs in their struggle. When they are satisfied, when they have come to an agreement with the government of the Canada they can say thank you for your support you can take down those barricades… that’s the solution. It could be solved today or tomorrow if they really wanted to.”

Sub.Media
February 15
Toronto Blocks the Rails On Saturday Feb 15th, around 50 people snuck onto some train tracks in Vaughan, Ontario (just north of Toronto) and shut down the second biggest rail yard in Canada. They were soon joined by a large crowd of supporters who helped hold down the blockade for the rest of the day.
#ShutDownCanada #WetsuwetenStrong #ReconciliationIsDead #RCMPOut

Solidarity with Wet’suwet’en in Niagara Falls, Ontario (blocking an international bridge at the so called “Canadian”/“American” border).

“You can’t compare temporary inconveniences and minor disruptions to the ongoing, 500-year legacy of colonialism and genocide.” – Ta’kaiya Blaney

Since the demonstration organizers had stated that media coverage was welcome as well as personal coverage encouraged for sharing/spreading awareness – I took these photos at the demonstration. That being said, if you appear in any of these images and wish for them to be removed do not hesitate to connect with me and I will take them down promptly.

Additionally, please feel free to share or use the images personally or as you see fit.
#ShutDownCanada #SolidarityWithWetsuweten 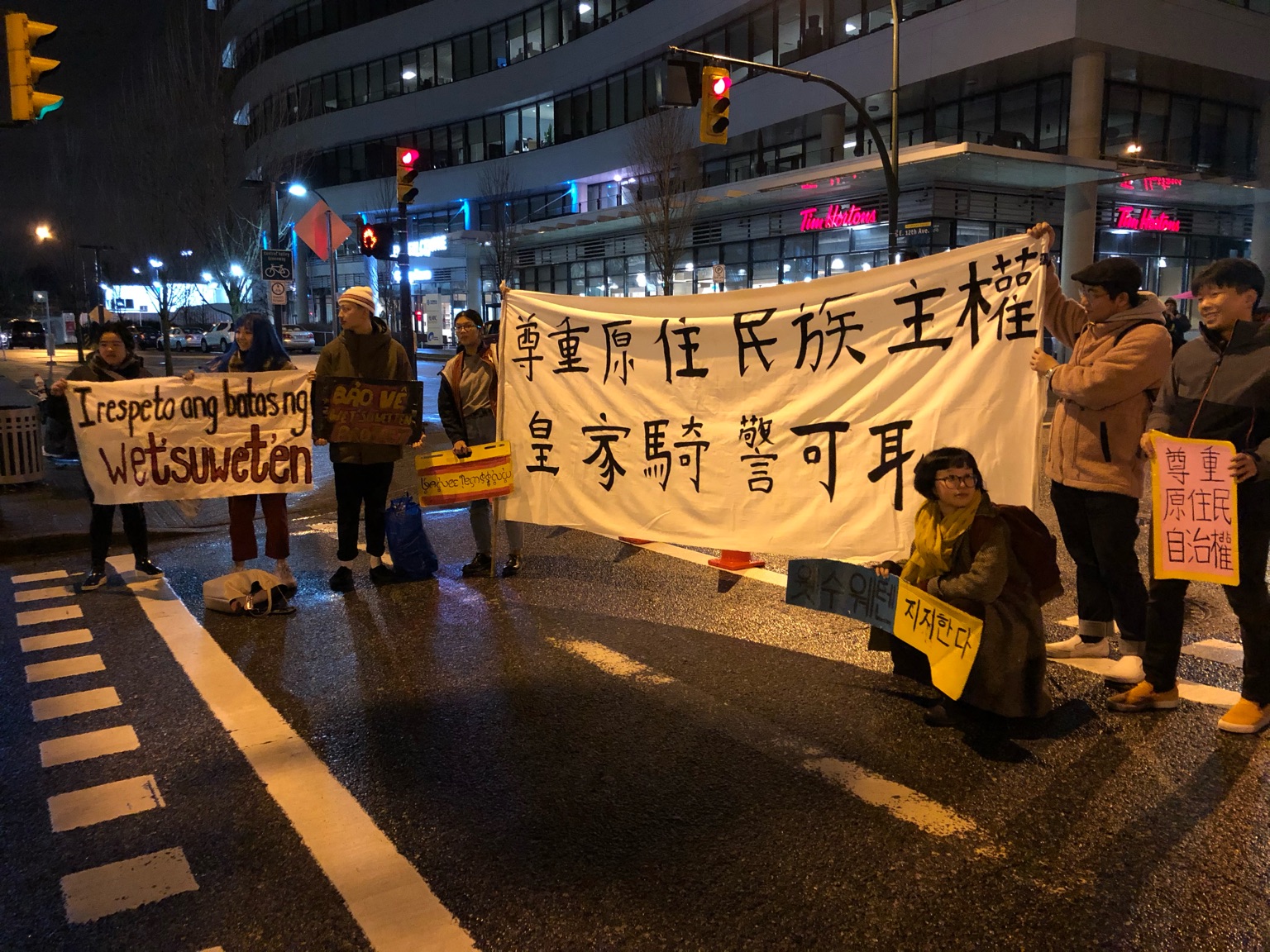 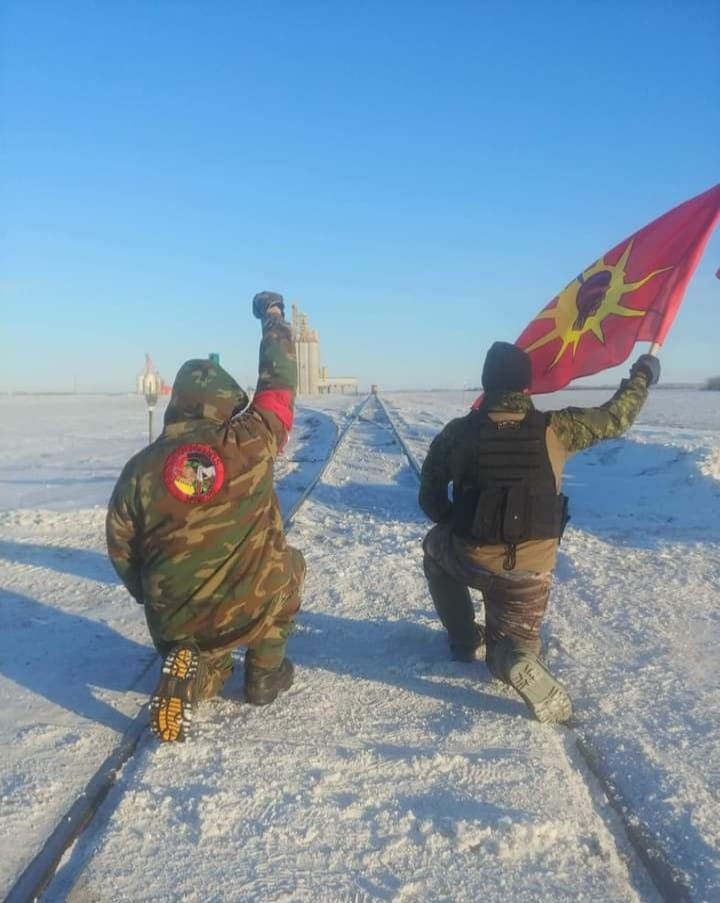 Anishinabe shutting down the Rails in Manitoba today 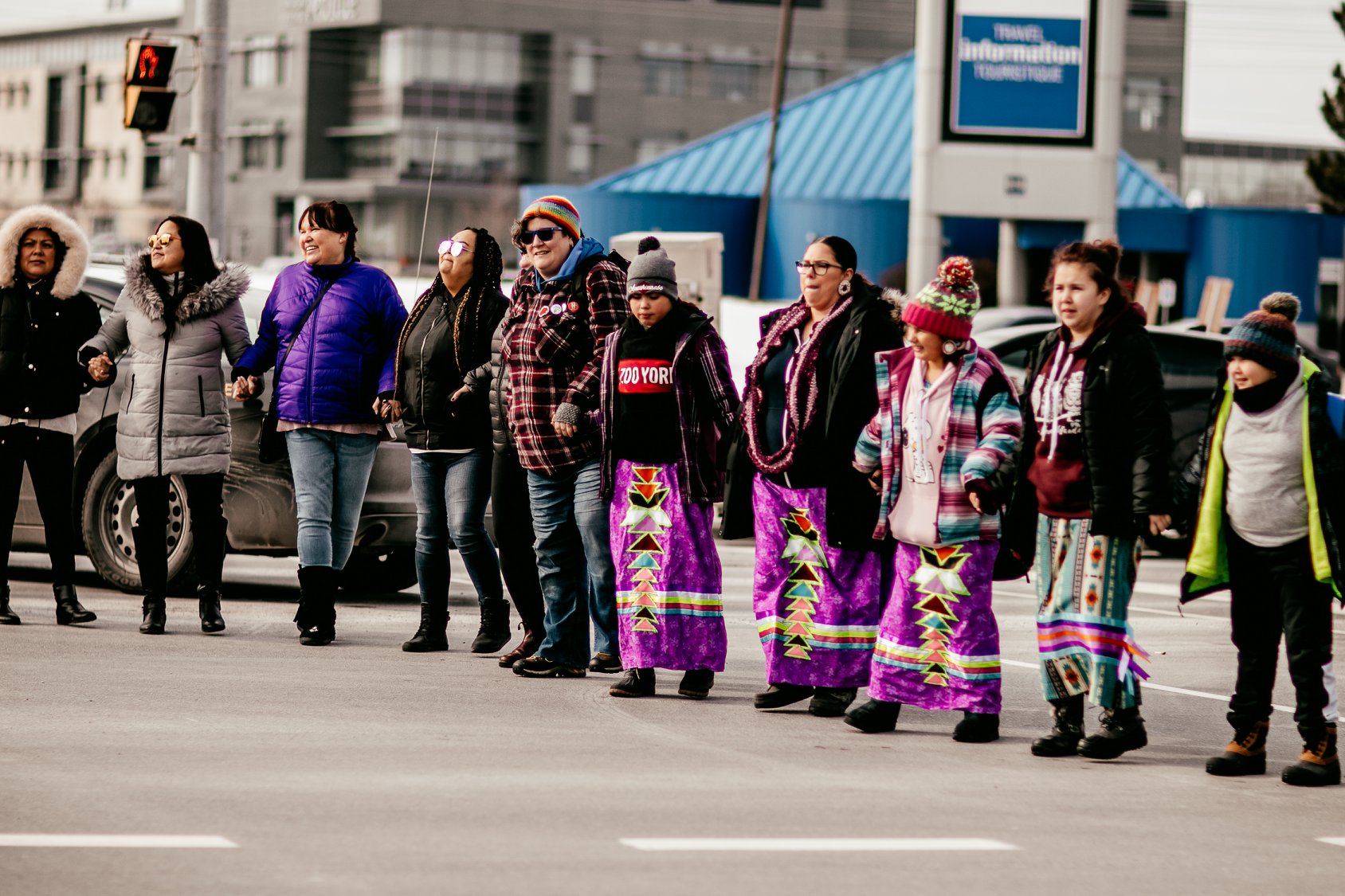 Canadian National Railway network has been paralyzed for more than a week by blockades in solidarity with the Wet’suwet’en community, who opposes the construction of the Coastal GasLink pipeline on their unceded territory. The Mohawk community of Tyendinaga has been blocking passenger and freight train traffic between Toronto and Montreal since February 5, and a railway blockade in New Hazelton, B.C. has forced the closure of the Port of Prince Rupert. Blockades in solidarity with the Wet’suwet’en have since multiplied across so-called Canada as camps have been set up on the tracks at Kahnawà:ke, Listuguj, Halifax/K’jipuktuk, Diamond, among others.

“From Sea to Sea” Train Blockades, Colonialism and the Canadian Railways History