August 6, 2018 is the 73rd anniversary of the use of an atomic weapon for the first time, when Hiroshima was bombed. Last night I attended a remembrance of that tragic day at the site of the Japanese Bell of Peace and Friendship, on the grounds of the Iowa State Capitol. I was glad to see a number of F/friends there.

I was moved that the event included a tribute to Sherry Hutchison for her relentless and inspiring work for peace. Sherry was co-clerk of the Peace and Social Concerns Committee of Iowa Yearly Meeting (Conservative), helping me learn how to clerk.

Here is a link to all of the photos:  https://1drv.ms/f/s!Avb9bFhezZpPiapFJsXey-2iHLgjYA 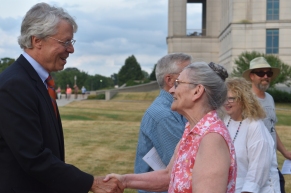 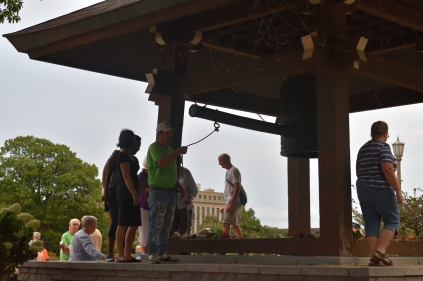 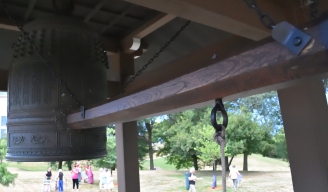 This entry was posted in peace, Uncategorized and tagged Hiroshima, nuclear weapons. Bookmark the permalink.