I don’t know to interpret the lack of response to yesterday’s post about creating and building self sufficient communities for the massive influx of climate refugees to the Midwest. Whether people don’t think there will be such a migration, or it won’t happen soon, or that should not be a Quaker focus.

Part of the reason for sharing those ideas yesterday was in response to the question “why is there no vision for the future of Quakerism?”  Two answers came to me then.

The first is that in general I agree that I don’t see such a vision in many Quaker groups I know a little about. Too many meetings seem so insular, and while most have members working on social justice issues, my impression is that few meetings work on such things as a whole meeting. And too often serving on committees is seen as adequate. I have also been disappointed that Friends in general have become comfortable with the status quo. Most know I feel strongly that Friends should have been leaders in protecting our environment, by refusing to own personal automobiles, travel by air, or live in energy wasting housing and poorly designed communities without mass transit systems. I am also disappointed that more Friends have not worked harder to learn about, and do something about systemic racism and privilege. That more have not worked to try to repair some of the damage from the genocide, forced assimilation and theft of land from Native Americans.

The second answer is I was blessed to participate in a vision of Quakerism in the work of North Meadow Circle of Friends, where I attended when I lived in Indianapolis, and our partnership with the Kheprw Institute (KI), a black youth mentoring and empowerment community located near the meetinghouse. That work was greatly aided by embracing the Quaker Social Change Ministry (QSCM) model from the American Friends Service Committee (AFSC).

The basic tenants of QSCM are:

So many good things came from that over the last three years. Quakerism is an experiential religion, and QSCM is experiential justice work. Both communities developed friendships with each other, and that is what broke down barriers between us.  Our meeting was energized by these experiences. We also got to know each other in the meeting much better as we met monthly to share our experiences related to this work with KI, and explore what that meant spiritually. An unanticipated effect was the growth of the meeting as others heard about this work. From KI we heard “we’re glad you came”, “we’ve learned from you”, etc. It was not necessarily easy work. We made mistakes, but together we dealt with and learned from them. Friends were deeply affected when we saw the hurt and struggles experienced by the KI community.

Thus I have seen a vision of the future of Quakerism and it is my hope that Iowa Yearly Meeting (Conservative) and other Friends will embrace that vision. Friends don’t necessarily have to adopt the QSCM model, but the tenants outlined above are the keys to success in social justice work, in my experience. The work should bring a spiritual focus and engage the entire meeting. And it is the relationships developed with an impacted community that teach us about the experience of injustice. I spoke about this at Yearly Meeting a couple of years ago, and would be happy to help any interested meeting learn more about QSCM.

In the Midwest there are a number of communities that could be partners–people of color, immigrants, Native Americans, people living in poverty in cities and rural areas.

There are several reasons why I see developing a model that others can use to rapidly and inexpensively build communities. Building and then living in such communities will allow us to live in a more environmentally just manner ourselves. We could live without personal automobiles, in houses that are environmentally sound. We can grow our own food, reducing fossil fuel used to transport food from distances. Everyone would contribute to the community, giving all a sense of dignity. Those who had been alone would be members of a beloved community.  People of all ethnicities and cultures would be welcome, and we could work on privilege together.

Those are among the benefits to us.  From that experience we can develop ways that others can build similar communities. The keys would be to build structures that were simple, inexpensive and use local material. And teach how to grow food and develop sources of water and energy. Ways to provide healthcare.

This is also a matter of peace and nonviolence. For the alternative to having a plan to help climate refugees build their own communities, would be conflicts, death and destruction as they are driven by desperation for food, water and shelter.

If you have trouble believing how rapidly environmental conditions are deteriorating, I urge you to do your own research. Even since yesterday’s writing there are alarming new reports about arctic air temperatures 45 degrees above normal right now. 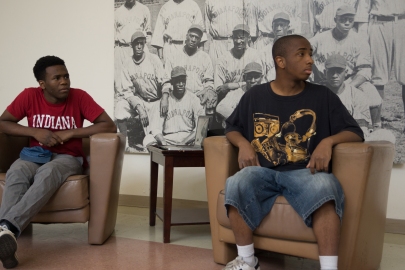 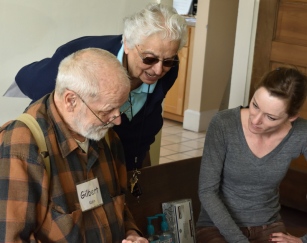 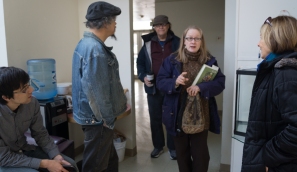 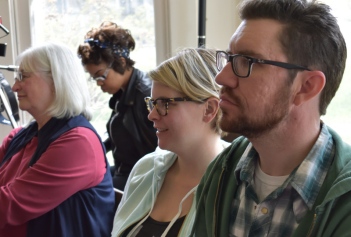