One of the research projects our lab was doing when I retired was evaluating a new method to measure diffusing capacity in infants’ lungs. The article describing our results was just published in Pediatric Pulmonology (below).  The original method is described here: https://kislingjeff.wordpress.com/2016/11/30/infant-lung-diffusion/

This video show how the test works on a rubber test lung.  The balloons in the valve open and close to control when the baby’s lungs are inflated, and with which gas. The babies are mildly sedated. Once asleep a mask is paced over the mouth and nose. Then the sequence illustrated in the video about begins.  The baby’s lungs are inflated twice with room air (21% oxygen and 98% nitrogen), then the valves switch so the lungs are inflated with the test gas mixture, which includes a very small amount of carbon monoxide (CO), and that breath is held for 4 seconds, allowing time for the highly diffusible CO to diffuse out of the lungs, into the surrounding blood capillary bed.  By measuring the difference between the CO concentration that filled the lungs and the CO concentration leaving the lungs after the breath hold, we can calculate the diffusing capacity of the lungs.

The original method measured the gas concentrations continuously during the test with a mass spectrometer.  Mass spectrometers are expensive to purchase and maintain, relative large, and noisy.  A different way to measure gas concentrations is with a gas chromatograph, which is far less expensive, small and quiet.  Being able to perform the test with a gas chromatograph would make it easier to do the test in other labs. At the present time, our Infant Pulmonary Function Laboratory at Riley Hospital for Children is the only lab in the world, that we know of, that can perform this testing in infants.

The alternative method uses a gas chromatograph to measure just two gas samples, one of the gas used to inflate the baby’s lungs during the testing, and the second sample measured at the end of the breath expired from the breath hold. Fortunately, as shown below, the new method gave very similar results. 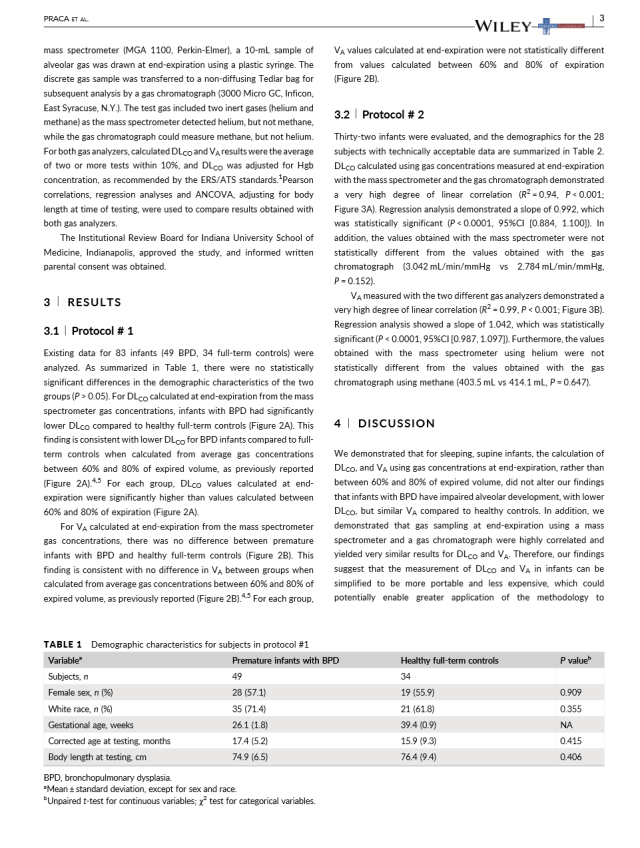 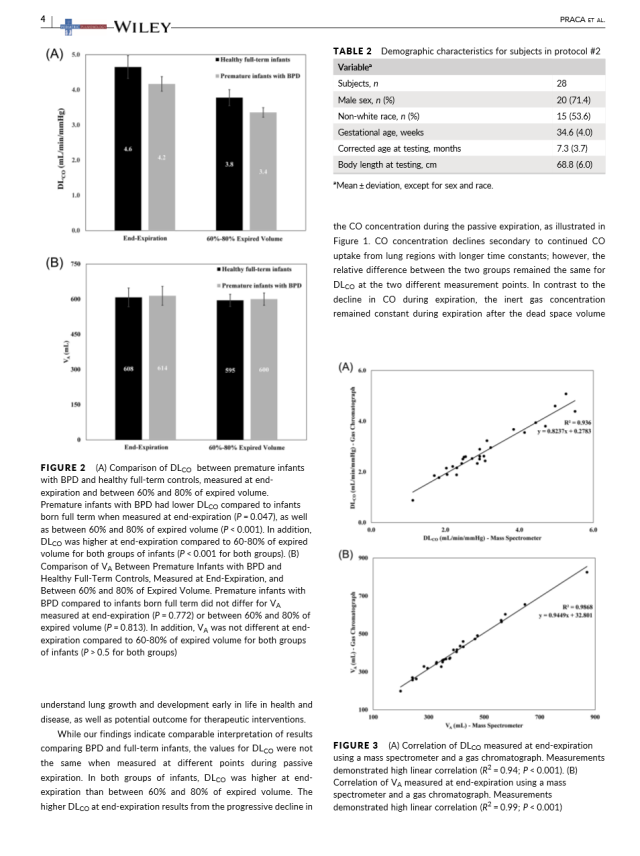 This entry was posted in Uncategorized and tagged DLCO, research, Riley Hospital for Children. Bookmark the permalink.