The more I think about our broken economic system, the more sinister my thoughts become.  How have we come to accept millions of people living in extreme poverty, living without adequate food, water, shelter, healthcare, safety or hope?  How have we come to the point where African American men have been removed from society via incarceration at ridiculous rates for ridiculous offenses?  How have we come to the point where private security firms and police from surrounding states can violently attack and brutalize Native American and other men, women and children who are merely peacefully praying for protection of water?

I used to think the rich, and their corporations, were just not very smart.  That they evidently didn’t see that pushing people further and further into poverty did not make sense for the corporations.  By refusing to address unemployment caused by automation, and by refusing to raise the minimum wage, millions of people are left with barely, or not enough money to survive, removing them as consumers of the products and services offered by those corporations.

Now I am beginning to better understand these relentless economic and law enforcement attacks are intentionally being used to attempt to control the masses.  Forcing people to spend all their time and energy simply surviving, keeps their attention diverted away from the continued rape of the Earth, and exploitation of us all, for corporate profits.

The rich and their corporations have forced millions into economic concentration camps.   These camps don’t have physical walls, but are just as real as if there were walls enclosing, entrapping vast numbers of us.

Now we have a Republican administration and Congress that are accelerating the corruption of our government in service of the wealthy.  That focuses on increasing the misery of those less fortunate (economically) by brutally targeting the small amounts of help Federal safety net programs had been providing.  While at the same time wasting much more money on increased military spending.  Although that certainly makes sense in the context of increasing military resources being available for civilian population control, as social unrest continues to rise.

The following is from a very disturbing report just released from The Intercept, “Leaked documents reveal counterterrorism tactics used at Standing Rock to ‘Defeat Pipeline Insurgencies'”:

“As policing continues to be militarized and state legislatures around the country pass laws criminalizing protest, the fact that a private security firm retained by a Fortune 500 oil and gas company coordinated its efforts with local, state, and federal law enforcement to undermine the protest movement has profoundly anti-democratic implications. The leaked materials not only highlight TigerSwan’s militaristic approach to protecting its client’s interests but also the company’s profit-driven imperative to portray the nonviolent water protector movement as unpredictable and menacing enough to justify the continued need for extraordinary security measures.”

The paradox is the wealthy know if we stop buying into this corrupt economic scheme, their wealth will be worthless.  The gifting economic model is an alternative to this.

One of the fundamental principles of Integral Nonviolence is that it is not possible to build Beloved community without turning away from materialism and addressing economic inequality.

“If politics must truly be at the service of the human person, it follows that it cannot be a slave to the economy and finance. Politics is, instead, an expression of our compelling need to live as one, in order to build as one the greatest common good: that of a community which sacrifices particular interests in order to share, in justice and peace, its goods, its interests, its social life. I do not underestimate the difficulty that this involves, but I encourage you in this effort.”  Pope Francis, address to joint session of Congress, 9/24/2015 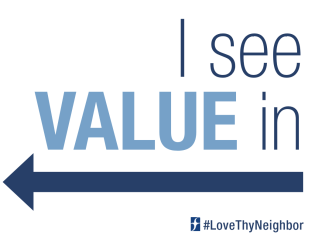 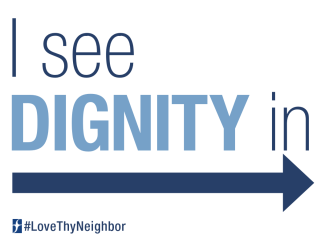