I recently wrote about moving into a smaller apartment.  Although the reason was to reduce my carbon/environmental footprint, one could wonder why it took so long to make the move, especially since it was nearly 40 years ago that I gave up cars.

Each time I moved the criteria were (1) to move into a small apartment for the environmental reasons, (2) to live within running distance of Riley Hospital for Children, and (3) live near Randy and other friends.  The running distance was important because without a car I would usually take the city bus to work, then run home.  At one time the one way distance was 7 miles, which was pushing the limit of daily runs for me. 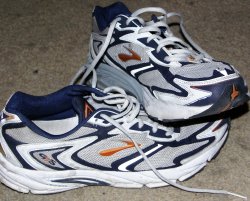 Inertia was the main reason for the delay for this latest move.  I’m still trying to figure out how to be in the world without Randy Porter.  Memories of our time in that apartment made it hard to think about leaving.

But God helped me out.  My old building was one of 16 downtown apartment buildings that Zender Properties had owned and managed for many years.  This year they sold their properties to an investment group that is going to turn many of the over 800 units into affordable housing.  I think that is great and applaud the decision.  Many other cities are experiencing exploding rental prices in their downtown apartments as people return there.   I exceeded the income limit for what will be the newly renovated apartment I was in, and thus had to move.  Fortunately the new company worked with me and made the move as painless as possible, into one of their buildings that doesn’t have an income limit.

One thing I’m getting used to is living on the fifth floor.  I’ve never wanted to live so far above the ground that I couldn’t jump out the window in case of a fire, but there weren’t many options.  Another leap of faith–oops, not a good analogy 🙂

I do enjoy the view and being above the street noise.  Live and learn.