I believe today is our longest mileage march–15 miles. More rain is predicated for this afternoon and there are flash flood warnings.

The group is becoming more cohesive as we share our stories. As Donnielle said, “we are a tribe.”

We crossed the pipeline again, and had another ceremony there. Donnielle gave the prayer. Being near the pipeline stirs up a lot of emotions for each of us. 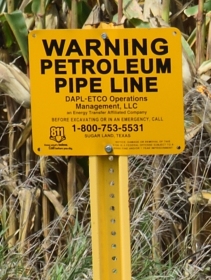 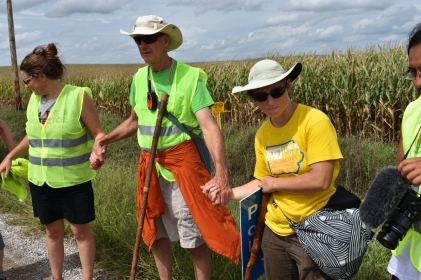 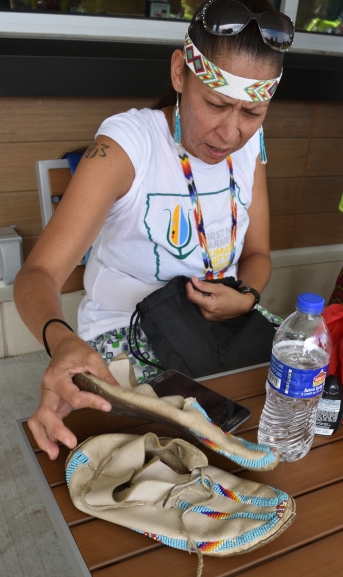 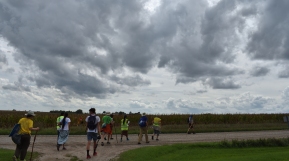 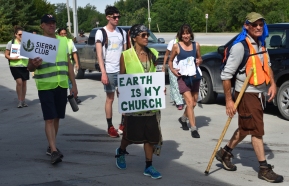 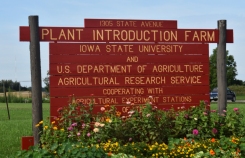 Tim Dwight walked with us today. He used to play in the National Football League. Now his work relates to solar energy. I learned a lot about how he can work with communities to build solar energy systems. He has been involved in lobbying efforts in the Iowa legislature to support solar energy.  Tim is going to talk more about that for the whole group tomorrow or the next night. 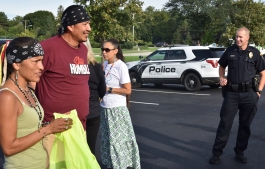 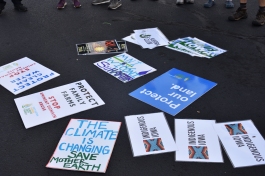 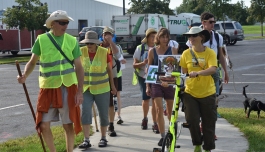 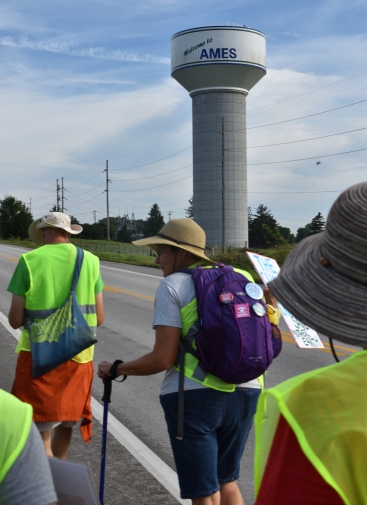 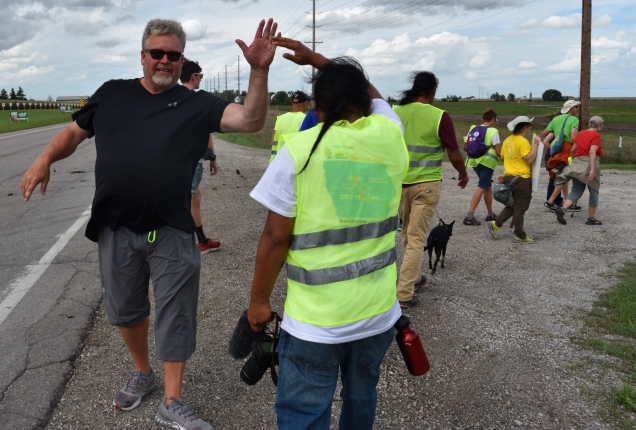 Those of you from the Bear Creek area might recognize the name Gary Clague, who grew up in Earlham. He knows the Knights and others.

Alton was talking about the strong bond that forms between a child and an animal. He spoke fondly of a horse from his youth. When he and his friends went to ride their horses, his was the only one who came up to him every time. He talked about how easy is was to ride the horse that was in tune with where he wanted to go. “I really miss that horse.” I spent a lot of time visiting Foxy Jackson, who we learned is going to marry Alton in a couple of weeks. More about Alton and Foxy can be found here. 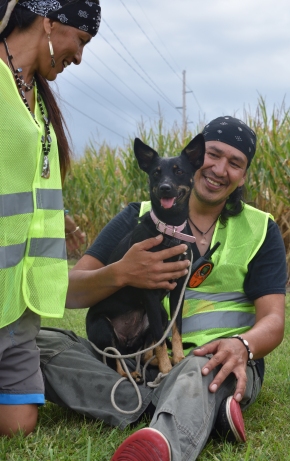 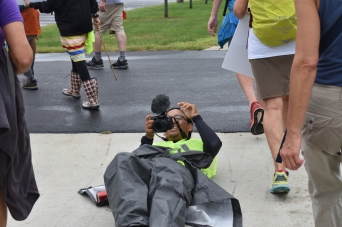 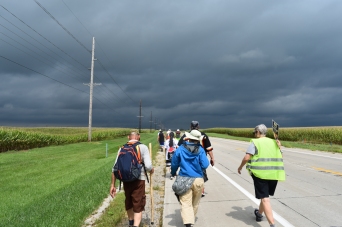 Matthew Lone Bear and I continue to talk a lot about photography, videography and drones. He sometimes goes for unusual camera angles, for example lying on his back. I think that is a sign of a good photographer.

Mahmud Fitil shared stories related to tar sands spills, saying most commercial labs won’t analyze the water samples from tar sands spills because they fear repercussions from the government. Fitil went to Doon, Iowa, site of a train derailment and oil spill of an estimated 230,000 gallons in June. He said there was little activity related to the cleanup. The smell was worse than that of raw gasoline, causing some to vomit. 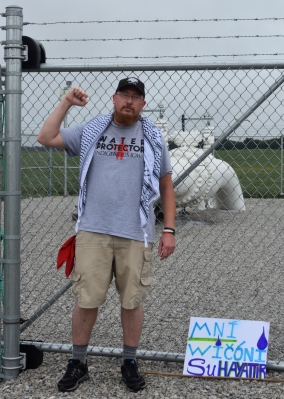 Miriam Kashia and I compared my Quakerism to her Universal Unitarian church and community. I told her the Quaker Social Change Ministry program we used at North Meadow Circle of Friends in Indianapolis was modeled after the program created by the Universalists. Miriam says her new church is the greenest church in Iowa.

At 5:30 pm we all straggled into the Boone County Fairgrounds, 15 miles from our Ames camp. Everyone seems to be limping a little. I discovered I had worn a hole in my shoe, which resulted in a blister! Fortunately we have Miriam, who plugged the hole, and will treat my blister in the morning. Several others also developed blisters. It was a rough day.

The building we are in is actually the site where the Public Utilities Commission had a meeting for public comments about the Dakota Access Pipeline in November, 2015. Peter Clay spoke and Miriam Kashia attended. That was where Peter had his first contact with Native Americans, who came from South Dakota to fight the pipeline.

I’ll try to get people’s names later, but before dinner, someone described how they went to the Bakken oil fields to see what tar sands oil looked like. He was able to obtain a couple of quarts of it, and found an independent lab to analyze it. As expected it was full of toxic chemicals.  He found that the tar sands product became suspended in water, so a spill cannot be cleanup up simply by skimming it off the top of the water.

Someone else talked about the damage to the fields done by the pipeline construction. Heavy treaded vehicles traveled over the fields in wet weather, compacting the soil. Where the pipeline was laid, the rich top soil was scraped off. It was supposed to be saved to put pack in place, but wasn’t. The clay layer was dug up, then a mixture of the topsoil and clay refilled in the trench. The clay disrupts the flow of water and nutrients through the topsoil/clay mixture. It is common to see ponds of water over areas of the pipeline because of nonporous clay layer.

Dinner that included buffalo meat and fry bread followed. Looking around the table I thought it would be nice if this was a “real” Thanksgiving dinner. Manape said, we call it Thanks-taking.

Storms are predicted for tonight and tomorrow so we are glad to be inside. This was the first night we all slept in the same space together, which I thought added another dimension to us growing closer as a group. 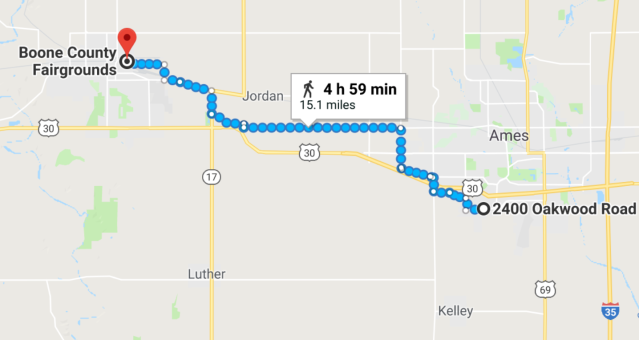