The previous blog post has some discussion about preparing for the draft conference that was held at Scattergood November 15, 1969, as part of the Moratorium Against the Vietnam War.  Following are more journal entries from that time.

I’ve been reading quite a bit out of the Bible lately–mostly the New Testament. And I find that very helpful at the present time.  I remember a discussion somewhere, sometime, in which the point was made that God would always be willing to walk with you, but it is up to you to decide whether or not you wish to walk with God.

“Throughout your life may you walk with God.”  Nellie Marley

The family came today (Sunday).  Of course we talked a lot about the draft.  Dad doesn’t think I’m mature enough to make such a decision as noncooperation, even though he says he thinks I’m more mature than many my age.  We were talking about compromise and democracy a lot.

“November 14 is the next national day of Resistance. On the three previous days, over 3,000 men returned draft cards to the U.S. government and began to non-co-operate with the Selective Service System, began to say Yes to what they believed. For more information about the Resistance contact: Chicago Area Draft Resisters” 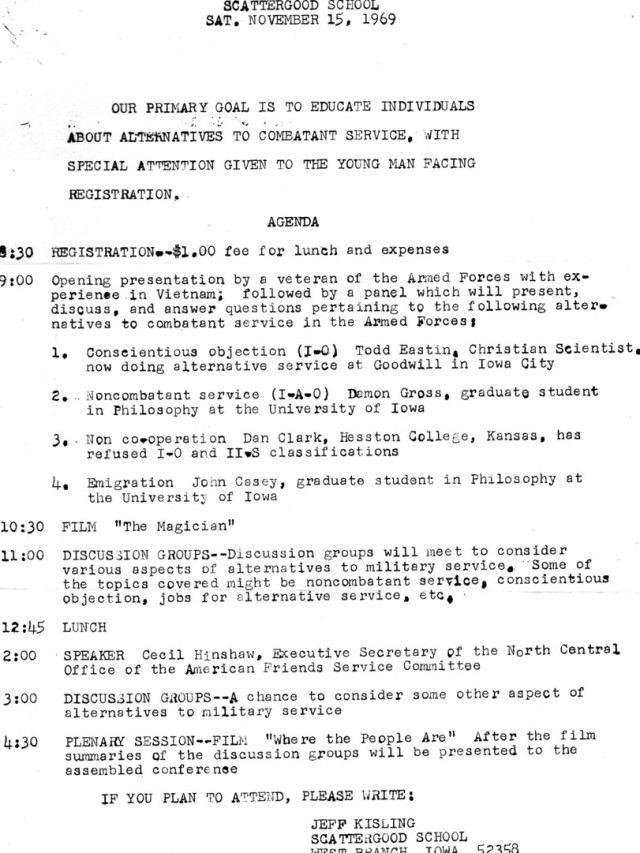 (Note:  After all the writing leading up to the conference, I was disappointed that I didn’t write much about what happened that day)

I felt the draft conference was successful.  We had about 25 guests.  The speakers, films and literature were all good.

I have come home to spend the week trying to think through my draft decision-birthday Friday, 21st.

I really think our present system of conscription is wrong. It makes me almost blindly furious at times.  It’s really difficult when most accept and support something you feel to be wrong. I’m torn between what seems to be philosophy and what appears to be reality.

Registered (with the Selective Service System), but not convinced!  (note: this isn’t the end of the story)

Every day the conflict between idealism and practicality grows. Is idealism worthless?

War is immoral. But how much must, or can one separate himself from war in a society and world which accepts war?

It is a question of where one chooses to draw the line. I am not sure that it is possible to escape responsibility for war. But up to a certain point we must do all we possibly can to prevent or stop it.

The Selective Service System is an institution organized to acquire manpower for the armed forces, and to channel manpower not available for the armed forces into an area considered to be in the national interest. This institution acts on one’s lack of maturity by forcing such a decision at an early age, when beliefs are not firmly established, and it acts on one’s lack of information–propaganda. After deferments are exhausted, there are three ways to fullfil one’s “obligation” of service to one’s country-

Great pressure (parents, peers, recruiters, propaganda–society) is put on most young men to participate in the armed forces, and virtually no information is volunteered, or even readily available about the other two alternatives, which are just as legal and valid (more valid). 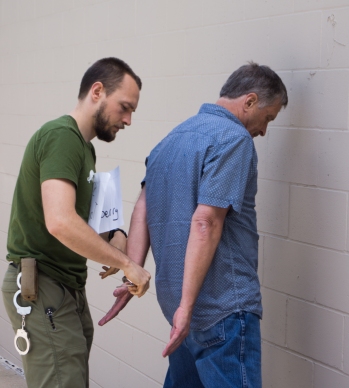 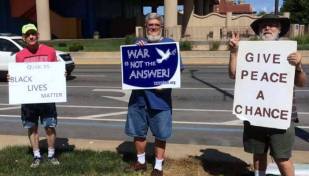 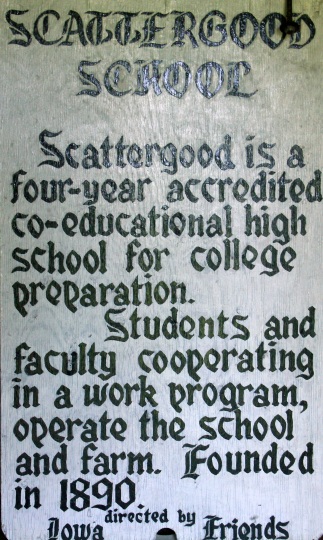