In our Peace and Social Concerns Committee meetings we shared the spiritual leadings of our meetings in the past year.  Much work on immigration and sanctuary, Islamophobia, the environment, police relations, fair housing, medical care and tutoring.  Many meetings and members support Water Protectors at Standing Rock.

Lincoln Meeting established a Peace and Social Concerns Committee and are better able to act as a body.  Penn Valley Meeting described the difficult process of inviting the Kansas Chapter of the Council on American Islamic Relations to use space in the meetinghouse that became available when AFSC had to close their Kansas City office.  Bear Creek Friends continue to labor with the challenges related to reducing the use of fossil fueled engines in a rural environment.  Whittier Friends have developed relationships with the wider Whittier community related to replacing trees damaged by storms.  Ames Friends facilitated discussions with the police department related to community policing.  Iowa City Friends participated in a number of activities intended to bring their spiritual and political understandings together.   West Branch Friends feel the absence of Don Laughlin as they work on environmental concerns.  Decorah Friends have explored white privilege.  Des Moines Valley Friends brought a minute related to the possible reintroduction of the death penalty in the Iowa Legislature, which our committee approved.  Omaha Friends participated in election campaigns.  Paullina and Des Moines Valley Friends were among the meetings considering providing sanctuary.

We are exploring concerns of our younger Friends.  Junior Yearly meeting at this Yearly Meeting are concerned about greenhouse gas emissions and rebuilding infrastructure in countries ravaged by war.

We grappled with what it means to be peacemakers in a violent society. U.S. politics have descended into deadlocked ideologies, neglecting real imperatives.  Our country has expanded its military operations around the world and militarized its local police.  State sanctioned violence has killed unarmed people.  Denying basic needs for clean water and air, food, housing, education, safety and medical care is also violence.

The witness and commitment of the Water Protectors at Standing Rock inspire us, as does the support for them from Indigenous Peoples all over the world.  Nahko Bear, a Native American activist and spiritual leader, told the gathering of youth who had been attacked by dogs the message he was given repeatedly as he traveled around the world: “remember that nonviolent direct action is the way to a successful revolution.”  An Iowa Conservative Friend was arrested in nonviolent action protesting the Bakken pipeline in Iowa.

Stories collected by Don Laughlin remind us of the witness of Iowa Quakers who were imprisoned for refusing to participate in the military. We seek ways to share these stories with the wider community.

Members of our Committee were encouraged to study the new book calling for national nonviolent direct-action, The Gandhian Iceberg, by Chris Moore-Backman, who sent us the following message:

I pray that Quakers and others will move to hold bold action far above the careful crafting of right answers. In the end Jesus’ teaching is simple. Letting go of our attachments to our personal status quos is the catch. Intellectual rigor and discernment has its place, of course, but only – I believe – in service to direct, loving action and sacrifice.

We accept the admonition of the Rev. William Barber, who called for us to be the moral defibrillators of our time; to shock the nation with love and justice; to remember that Jesus was a brown skinned, Palestinian Jew; to return to the public square.  We encourage Friends to provide witness with peace vigils in public squares and to speak out in print and social media and legislators’ offices.

In 2006 the Yearly Meeting approved the following Minute:

“Basic to Quaker belief is the faith that the same Light we recognize in our own hearts illuminates the souls of all other people.  This belief leads us to seek nonviolent means of resolving conflicts at all levels— interpersonally, within communities, among nations—and to work for justice as a basis for lasting peace. We find ourselves bound in many ways as citizens of the United States to policies of our government which are abhorrent to us and in violation of our most deeply held beliefs.  Our efforts to encourage our government to establish policies that will lead to peace and justice here and around the world have not been adequate to bring about the change which is so urgently needed.  The destructive forces unleashed in our world threaten the future of all people and the planet itself.  Throughout our history, Quakers have at various times found ourselves called to suffer for beliefs which have placed us in opposition to our government.  Based on this history of courageous witness, we challenge Friends to now consider participating in nonviolent civil disobedience.”

This call is even more urgent today.  We encourage Friends to discern how they are called to bear witness for peace and justice and to support each other in doing so. 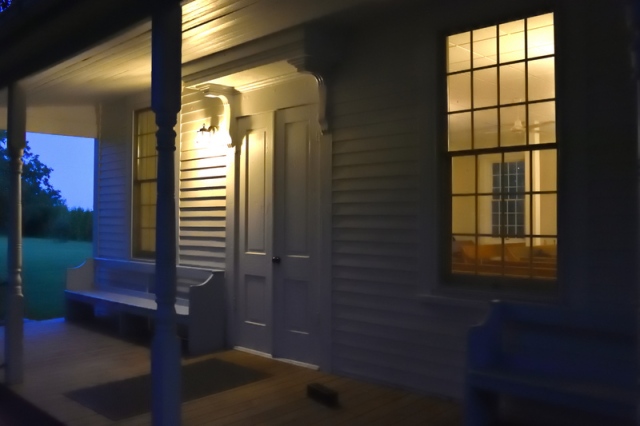